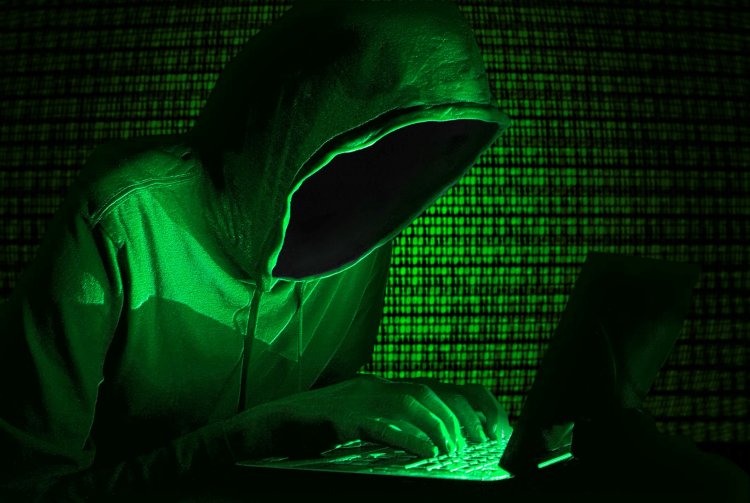 India has been at the receiving end of the terrorism sponsored by Pakistan based actors since 1990s. However, the world community realized the intensity of our pains only after September 11 which made the phenomenon of terrorism, genuinely global. Transnational terrorist organizations shook the world with the well-coordinated network and worldwide operations. The western world, though a late starter took prompt and multifarious measures to tackle the menace of terrorism after September 11. Their response regarding research on the diverse aspects of terrorism, counter-terror operations, technological know-how needed and the smart combing operations was undoubtedly prompt and effective. However,  India despite being at the receiving end of terrorism for almost three decades and even after facing the horrors of 26/11, has not been able to come up with a robust response mechanism and, a long-range counter-terrorism policy. In this essay, the author will discuss the significant shortcomings of India’s counterterrorism (CT) policy, challenges faced by India’s CT forces and policy interventions needed to address the deficiencies.

India’s counter-terrorism approach has mostly been an ad-hoc, operational and reactionary one primarily focusing on the use of force. It has lacked a wide-ranging vision.  This lacuna comes from the fact that there was hardly a serious and systematic effort to understand the phenomenon of terrorism intellectually.  One wonders as to why the majority of the reputed think-tanks and publications on terrorism have originated in the western world. Moreover, even now it is scarce to find a quality study on terrorism issues emanating from India. Terrorism is a very complex phenomenon and entirely different from a conventional security threat; therefore, it needs a nuanced understanding of the problem.

First and foremost,  there has been a tendency among the academic and strategic community to analyze diverse security threats like LWE, the ethnic insurgency in NE, proxy-war in J&K and the incidents of jihadi terrorism through one broad prism of terrorism. Mostly, it has happened for the reasons of political convenience. Especially among the academicians in India, one finds an attitude hesitant to study the issues of Islamic extremism in detail. The problem of jihadi terrorism is a politically sensitive issue, and one finds himself in an uncomfortable zone of being branded a communal if he studies Islamic extremism in India’s socio-political milieu that dwells upon a highly delicate and dangerous interpretation of secularism, driven by petty electoral concerns.  However, an efficient policy mechanism to address these challenges needs a detailed and differentiated analysis. The various security threats mentioned above are very different from each other, though one cannot rule out the convergences and overlapping. Hence, the “one-size-fits-all” approach is highly fallacious.

Secondly, in the policy response to address the challenge of Islamic extremism, the phenomenon of radicalization has not received the much-needed attention. The issue of jihadi terrorism is profound, widespread and multidimensional in nature. In India, mostly we have focused on the military aspects of counter-terror operations. The approach is to wait until someone becomes a terrorist and then neutralize him. Moreover, this narrow approach is amply reflected in the terminology used which mostly hovers around the militant count; weaponry seized, quality of weapons and the encounter deaths. One hardly finds any systematic effort to understand the pre-militancy phases of radicalization that are long-drawn and complex. After one joins a militant group, the only option left is the use of force in the majority of the cases, and it often becomes counter-productive. The security forces kill one terrorist in the Kashmir valley in an encounter, and ten others get inspired and join. What is needed is a rigorous effort to identify the radicalization pathways, the organizations involved, their modus-operandi and the funding channels which all constitute the infrastructure or congenial launching pads for a terrorist organization to emerge, sustain and conduct operations. For example, in J&K mostly the focus is on the activities (primarily clandestine) of Hizbul Mujahiddin such as its recruitment drive, hide-outs and finally the encounters. However, one hardly comes across a robust mechanism to understand and curb the activities of Jamaat-i-Islami which are in open and legal and flourish in the garb of religion. Jamaat-i-Islami provides the necessary cover in which the HM cadres easily move, operate and continue to bleed India. Jamaat-i-Islami provides a ready supply of recruits through its rigorous education system. Jamaat is firmly entrenched in rural areas, and its activities in the rural areas are highly sophisticated. South Kashmir districts such as Pulwama and Shopiyan are hotbeds of terrorism, and they have a strong presence of Jamaat-i-Islami. Jamaat caders function as OGWs(over ground workers) for terrorist organizations and Pak-based ISI handlers. Their activities include spying, providing shelter, food and other logistics assistance to terrorists. Also, with their threatening presence in the village, they intimidate the residents to fall in line with their agenda and not cooperate with Indian security forces. They freely distribute the distorted and violent interpretations of the literature of  extremist scholars such as Syed Qutb, Hasan Banna, Maulana Maududi and Ibn Tamiya in universities, colleges, and other socio-cultural platforms. The extreme radicalization as a result of their activities has almost finished the Sufi Islam of Kashmiris.

Similarly, over the last eight years, Salafis have become very active in Kashmir. Their mosques number more than 700 and are heavily funded by petrodollars. Though they are silent on political issues, it is not without reason that their rise has strongly coincided with the rise of Islamism in Kashmir. Today Islamic state is firmly establishing its footprint in Kashmir. A large number of the followers of Zakir Musa (he raised the idea of Caliphate in Kashmir, and his group Ansaar Ghazwat ul Hind (affiliated to Al Qaida) believes in the ideology of Ahle-Hadith/Salafi. One can find the ISJK (Islamic State in Jammu and Kashmir) graffiti on the walls in 90 feets area which has a large concentration of Salafi mosques.

Similarly, in Kerala, Wahhabi proselytization and the resultant radicalization has been going on for last four decades. Malayali diaspora working in the Middle East and charity organizations based in the Gulf have been the primary funders. Over the years, oil money and intense religious propaganda have entrenched a radical and fundamentalist version of Islam in Kerala, that is at odds with India’s indigenous Sufi Islam. Radical Islamist parties like the Popular Front of India have been running conversion camps, terror camps and openly talk of political Islam.  No wonder that Kerala has supplied the largest contingent of ISIS foreign fighters from India. In 2013, IB had released a report that informed that there are 1.8 million Wahhabi followers in India. There is a robust funding channel from Saudi Arabia. USD 124 million was earmarked for setting up four Wahhabi universities, USD 62 million for building 40 mosques, USD 46.5 million for madrasas and USD 15.5 million for the upkeep of existing mosques.

However, such reports have hardly been able to generate any stir at the top echelons of national security. The local police are more incentivized to turn a blind eye to the activities of PFI because pandering such extremist organizations suits the electoral interest of the dominant political parties of Kerala. PFI has also penetrated into the colleges and universities through its affiliate Campus Front of India and in politics through its political front Social Democratic Party of India (SDPI). Not only this, PFI is expanding into the northern hinterlands of India and the North-Eastern states too.

The examples cited above are to convey the gravity of the threat to the readers. However, they are only the tips of the icebergs. This author believes that a robust counterterrorism strategy needs honest and urgent thinking on the issue of radicalization exploring radicalization pathways, funding networks, cross-border connections, its religious and non-religious factors and the role of social media. Also, indeed a robust mechanism to counter the forces of radicalization is also the need of the hour.

Abhinav is the author of “Radiclaization in India: An Exploration.” He is a Strategic Affairs Analyst with an extensive counter-terrorism experience in Kashmir.  He is also the founder and CEO of Usanas Foundation.

The article was originally published by HW News.

ISI thinks India is Vulnerable, and it is time to Show, "we are back in the business."...