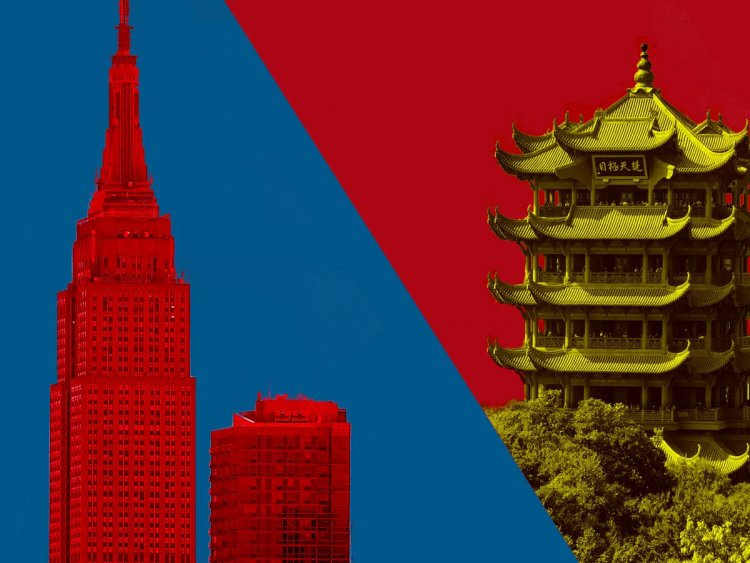 On 12th November 2020, Usanas Foundation organised a book discussion on “China versus the U.S: Who Will Prevail?” with the author Ambassador Alfredo Toro Hardy. Amb. Hardy is a former Venezuelan ambassador to the United States, United Kingdom, Spain, Brazil, Singapore, Chile, and Ireland; visiting professor at the universities of Princeton, Brasilia, and Barcelona, two-time Rockefeller Foundation Bellagio Center resident scholar; and author of 20 books and various peer-reviewed papers. The session was moderated by the CEO of the Usanas Foundation, Mr. Abhinav Pandya

Ambassador Hardy began the session with the two questions that his book tries to answer. Has China challenged the U.S too soon and too quickly and secondly has it gone too far for the U.S to now contain Chinese forces and ensure their global standing. Throughout, the course of the discussion Mr. Hardy provided six metrics or lenses to analyse the most pressing rivalry of post-cold war times.  These six aptitudes allow analysts to evaluate both China and the USA's abilities as the ‘great’ nations.

China's unstoppable drive to the position of leadership, along with its world’s most interconnected trade system, its influence on the BRICS, Shanghai Cooperation Organisation etc. has all played on its aptitude of convergence capacity. It has used its economic capacity to attain geopolitical footprints.

The US was however the receiver of the hegemony torch from the UK and hence the world for centuries has been dominated by Anglo-centric ideas. English is the most common language spoken; it is the global language of businesses and media. Even China has to resort to English to achieve global coverage and reach. Thus universal interconnectedness is based heavily on euro centrism. In such a status quo achieving a China centric world is near impossible.

China has also been able to generate military capacity that can risk beating the USA at its own game. They have also developed their own offset strategies by developing asymmetric military power through weapons at a price a fraction of their counterpart’s cost. In terms of nuclear weapons the USA enjoys a clear superiority however China has the ability to set limits to it. China has been able to develop highly mobile land and submarine based nuclear missiles that are extremely difficult to locate and destroy. This should allow them for efficient retaliation setting limits and boundaries to the USA.

To Dr. Hardy’s assessment, the moderator raised the following observations-:

While China stands better in its convergence and strategic aptitude, the US is better placed in the universality aspect. Although the US still prevails as number one in the economic, military and technological aspect there is a reverse trend that points towards China. There are five possible outcomes to this power struggle; America’s containment of China's emergence, a power sharing scenario between the two superpowers, war between the two superpowers, America’s withdrawal into an isolationist period or the collapse of the Chinese Communist party.

Although China’s emergence is unquestioned, the ability to sustain this power remains dicey. China has moved itself into troubled waters due to its tempering with international institutions and its role in the COVID-19 pandemic. With the lack of communication in terms of death rates, test transparency etc., the ability of China's COVID pandemic suppression continues to carry suspicion. Even in the immediate South Asia, China is not an unquestioned power. India has time and again given befitting replies to China for its escapades in Leh and other micro-level aggressions. India has integrated Sikkim, turned Bhutan into its protectorate and other South Asian nations such as Bangladesh and Nepal still haven't fully welcomed China. The internal crisis within China with the Uyghurs, the Mongolians and the Tibetans has all shed negative light on it. There is also a bipartisan consensus within the US and even a global consensus to create a checks system on China. Historically, single-party and authoritarian systems have never lasted, the chances of the survival of the communist party is also a big question mark in the road to domination for China. On the technological front they have repeatedly waddled into IP (Intellectual Property) violations and have been scrutinized for the same. It is for us to look forward and see whether China’s up and emerging technology will take them to the super power’s chair. In the past China's progression was largely under cover, hence the world rarely paid attention to it, now that it is out and about in the open with its intentions the ability to make such progress remains questionable at best.

India needs to take a farsighted approach to deal with potential non-traditional...