The announcement of Joe Biden to withdraw troops from Afghanistan, starting May 1, 2021 has given rise to uncertainties in the region. The article attempts a scenario-building of a post-withdrawal situation in Afghanistan and suggests policy options for India. 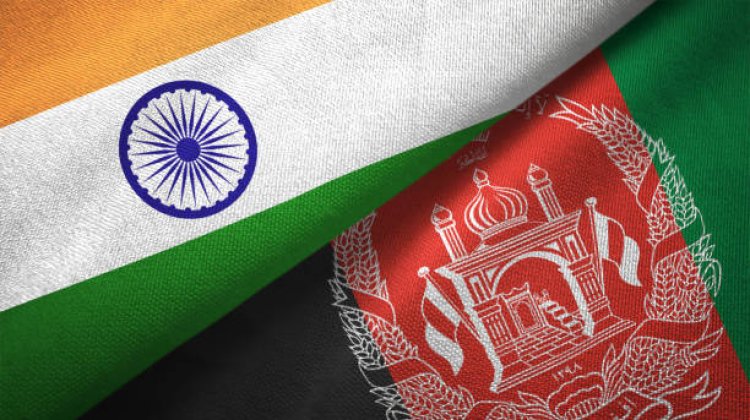 via iStock by Getty Images

Washington has formally started the process of withdrawing troops from Afghanistan, beginning the end of what President Joe Biden has famously called "the forever war". He announced the withdrawal of American combat troops by September 11, 2021, which marks the 20th anniversary of the 9/11 attacks. After years of arguing against an extended American military presence in Afghanistan, Biden rejected a “conditions-based approach” as he believes that it would never allow American troops to depart from the country. Biden declared an end to the nation’s longest war, overruling warnings from his military advisers that the departure could prompt a resurgence of the same terrorist threats which sent hundreds of thousands of troops into combat over the past 20 years.

Although the idea of an American military withdrawal from Afghanistan has been floating around for a long time now, it has only recently gained steam. American policymakers are fatigued by the endless war and believe that America had already decisively won the war after the U.S. army successfully executed al-Qaeda leader Osama Bin Laden under former President Barack Obama’s leadership. The decision to pull out of Afghanistan rests on the belief that their objective has been accomplished and that continued American presence will only result in net loss for America while also deterring the possible emergence of a more sovereign, self-reliant Afghanistan.

This decision will undoubtedly have regional reverberations and have a considerable impact on the various players involved in Afghanistan. Legitimate concerns exist for the Afghan government and the common people as the American withdrawal will directly translate into an increased Taliban presence in the government structures of the country, either by agreement or by force. This could spell disaster for the existing systems that provide Afghanistan’s ethnic minorities with representation in broad-based governance and further embolden a largely Pashtun Taliban to establish its presence, thereby corroding the diverse character of the Afghan parliament and enforcing a Pashtunization of power in the country. This could backtrack the significant progressive gains made in the Afghan society under the tutelage of American democratic ideals of a broad-based representation. The American decision, by extension, also becomes important for the region and the global community as a whole. The shift in military power from the United States to the Afghan forces could very easily go awry in the spectacle of an American withdrawal, especially in the present Afghan landscape, which is marred by group conflicts, divisions on tribal lines and ethnicities, and the obvious threat of a regressive Taliban ideology.

The situation, hence, poses a prodigious security risk for the entire region as well as the global community, which does not want to watch Afghanistan fall down the abyss of bloody violence again. A major player which has invested a great deal in Afghanistan's future over the past two decades is India. India has been the largest regional donor to Afghanistan, amounting to roughly $3 billion since 2001, and has greatly committed itself to assist the country both diplomatically and financially. As talks between the United States and the Taliban have progressed since the Doha summit last year, India has found itself relatively excluded from the negotiations at a time where Pakistan has been preferred as a mediator. The Modi administration fears losing the hard-earned goodwill among the Afghan people as well as the sway it holds with the current Afghan administration if the Taliban overpower the government in the proposed division of power. An absence of formal lines of communication with the Taliban—the latter being on the track to achieve greater legitimacy—is also a deficit that the Indian foreign policymakers are worried about.

With Afghanistan nearing the cusp of unpredictable but assured monumental changes, there are two possible broad scenarios. The first—more unlikely but preferable from an Indian standpoint—Taliban forces agree to morph into the existing political structure and abandon their extremist methods. If the Taliban form a political organization and participate in representative democracy through free and fair elections, the political stability of Afghanistan can be ensured. This is a generally desirable outcome as it would usher in a new era of democratic progress for the Afghan people, be least disruptive to the existing structures of power, and will expedite Afghanistan’s inclusion into the world community as a sovereign, equal player. An advantage for the Taliban to tread the democratic path would be the international legitimacy that it would receive. If the Doha talks are any proof of the Taliban’s willingness to further engage in deals of compromise, then this outcome could be on the best-case scenario for all parties concerned. India stands to benefit from a smooth Taliban inclusion as it would not significantly affect the bilateral relationship. A continuation of the established institutions will allow India to carry on with its Afghan policy without much hindrance and will be in the best interests of the gains India has made in the country. India’s state-building and reconstruction endeavours have won widespread goodwill among the Afghan population, although ongoing political and assistance efforts remain subject to the political and security situation.

The second—more likely and least preferable scenario—is a hostile Taliban armed revolution in the country to seize political power after the American withdrawal, leaving a highly vulnerable Afghan government in power. The Taliban has remained a strong force in the country even after 20 years of American presence; its ranks never vacant no matter how many top guns US drones have eliminated. It controls over half the Afghan territory with complete authority and even has instituted a parallel taxation system. They are heavily armed, and the American departure will provide them with an impetus to organize and overthrow the Afghan government to establish an exclusive Taliban regime. It is widely agreed that the Afghan defence forces are disadvantaged logistically and operationally to counter an armed Taliban solely on their own. The Taliban also stand to achieve more territorial control in a manner inconsistent with the mutual power-sharing arrangement. Left defenceless, the Afghan government could crumble in the face of an armed extremist opposition which would in many ways sound the death knell for the Afghan democracy. The chances of the regional powers aiding proxy militias to further their interests inside the country will be large, as witnessed in the past. Neighbours like Pakistan, Iran, and Central Asian states have supported their proxies in Afghanistan, especially after the Soviet withdrawal, and the same sort of animosities may flare up after the troop withdrawal. Moreover, a hard-line authoritarian Islamic rule—infamous for its aversion to progressive values, music, sports, films, and women’s education, among many other things—will obliterate the substantial gains made in these fields under a liberal regime supported by America and a large section of the international community.

New Delhi stands to lose majorly in such a scenario as it has no open lines of communication with the Taliban and, to date, has always stood by the elected Afghan government in the face of Taliban opposition. Remaining true to its democratic and progressive ideals, it will become impossible for New Delhi to endorse a regime with extremist and backward tendencies. To make matters worse, the Taliban has been known to have contacts with terrorist groups operating out of Pakistan, a reality that does not augur well for India. New Delhi would further lose out on the great relationships made with the current Afghan leadership and the influence it holds over the government if there were to be a total overhaul of power structures.

The question then arises is, what should India do as things currently stand? The most prudent policy response would be to establish lines of communication through diplomatic channels with the Taliban as early as possible, especially considering the Taliban’s formal participation in the Doha summit. India’s Minister of External Affairs, S. Jaishankar, and US Special Envoy to Afghanistan- Zalmay Khalilzad, have both echoed the same intent, but concrete action remains to be seen. India should push for a greater role in the ongoing politics of the region and, more importantly so, in the negotiations between the US and the Taliban. This would accomplish the dual goal of protecting the Indian strategic interest and countering Pakistani dominance in the process. India should look to broaden its engagements with Iran and Russia, explore its limited opportunities for cooperation with China, and find common ground with the United States on Afghanistan’s future. As Biden formally announced his intent of withdrawal in full coordination with allies in the region, India can emphasize that diplomacy and counter-terrorism mechanisms should be reorganised to hold the Taliban accountable. Common threats for all these countries include the threat of terrorism, small arms and narco-trafficking, and ethnic strife leading to civil war and mass migration to the neighbouring countries and the west.

A lot remains to unfold in Afghanistan as uncertainties still loom large. However, what is certain is that the American withdrawal has given an upper hand to the Taliban and that political power will have to be shared with them—if not completely given up. India should try its best to exercise diplomatic prowess to ensure that there is a smooth democratic amalgamation of the Taliban into the Afghan political structure to guard its interests in the country, to preserve the years of hard work that have led India-Afghan relations to prosper, for the security of the Afghan people, its ethnic and religious minorities including the declining numbers of Hindus and Sikhs and the greater good of humanity at large.

Dr Arpita Basu Roy is an expert in International Relations and Indian foreign policy. She is acclaimed as an Indian expert on Afghanistan and has several publications to her credit. She is Senior Fellow at USANAS Foundation and a Senior Adjunct Fellow at Centre for Studies in International Relations and Development, India. She is the recipient of the Pavate Wrangler Fellowship to the University of Cambridge (2010), UK.

Mr Ayush S Shankar is a Research Assistant and Joint Coordinator with the Centre for Studies in International Relations and Development, India. He is a student of Ramjas College, Delhi University. He has been the recipient of the prestigious Kennedy-Lugar YES Scholarship (2018-19), representing India in the USA.

"Israel will remain a key partner for America": Former Pentagon official on Biden...

A New Kashmir in Making

The abrogation of Article 370, nearly two years back, effectively marked the end...

The following commentary looks at the QUAD alliance in great detail to understand...

The following commentary looks at the evolution of the Indian Railways from colonial...