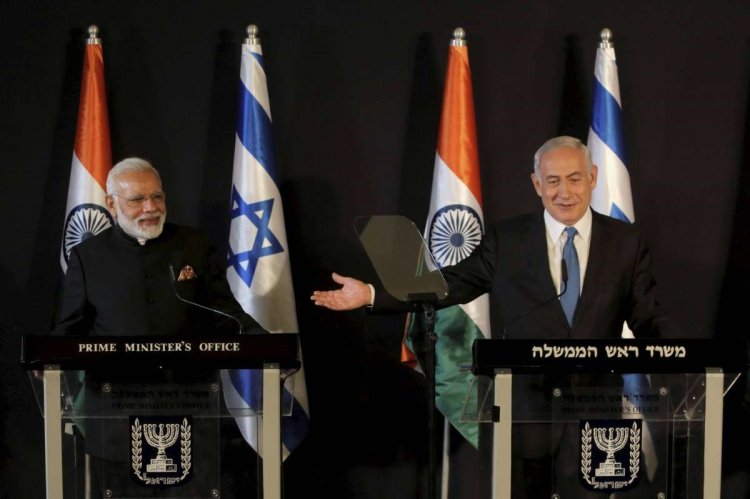 After the coming to power of the Bharatiya Janata Party (BJP) in 2014, there has been a significant strengthening of relations between India and Israel. Since then, the camaraderie between the two countries is visible in numerous fields, including agriculture, water, science and technology, education, healthcare, trade and commerce, and, most importantly, defence and security. This cooperation forms the backbone of a growing strategic partnership, which could have important implications for both countries in the economic, political, and security realm.

It is telling that the visit of Prime Minister Narendra Modi to Israel, the first one by an Indian head of the government in early July 2017, boosted the political ties between the two countries, which, otherwise, was a missing link for a prolonged period. Both sides used this rare occasion to raise the status of the bilateral relationship to that of “strategic partnership”. The reciprocal visit to India in January 2018 by the Israeli counterpart, Benjamin Netanyahu, coinciding with the commemoration of 25 years of India-Israel relations, has facilitated the expansion of the bilateral cooperation. These high-level visits reflected the importance accorded by both countries towards promoting the bilateral ties, with defence cooperation continuing to remain one of the most important mainstays. Military-security cooperation in the form of arms trade as well as technology transfer and licensed production has emerged as an important dimension of the Indo-Israeli strategic cooperation, and this trend is likely to continue for a foreseeable future.

Visibly, the share of Israel in India's defence market began to be increased significantly from 2014 onwards. Underscoring the importance of the defence cooperation, both the countries, during Modi’s visit, “agreed that future developments in this sphere should focus on joint development of defence products, including transfer of technology from Israel, with a special emphasis on the "Make in India' initiative”.  A major priority has been given in this sphere, particularly taking into account their respective national interests – India’s current emphasis on military modernisation drive, and “Israel’s comparative advantage in commercialising its arms industries.”

A recent Stockholm International Peace Research Institute (SIPRI) report not only indicated Israel as the world's eighth-largest arms exporter but also mentioned India as one of its largest arms clients between 2015-2019. India’s imports from Israel, until recently, were mostly restricted to surveillance, reconnaissance and intelligence gathering equipment, including maritime patrol vessels and Phalcon airborne warning and control systems (AWACS). Since mid-2014, however, both countries signed various defence deals, and most pertain to missiles, anti-missile systems, and Unmanned Aerial Vehicles (UAVs). Prior to Modi’s visit to Israel, the Cabinet Committee on Security (CCS) cleared the purchase of additional two Israeli-made AWACs at an estimated cost of US$1.1 billion. This has been a strategic decision taken by the government, particularly considering the growing airborne threats against the country, which has also increased an urgent need for more ‘eyes in the sky.’

From the wide ranging military items manufactured by Israel, UAVs, both high-altitude and medium-altitude, are of major attraction to Indian defence planners as they could help in protecting the borders and sensitive sites. In mid-2018, the Indian government reportedly approved the purchase of 10 Israeli-made Heron TP drones at the cost of US$400 million. These UAVs could carry a payload of over 1,000 kilograms and would be equipped with air-to-ground missiles with the capability to detect, track, and take down targets deep in enemy territory. India is already operating Israeli-origin Searcher UAVs for surveillance and intelligence gathering purposes. Moreover, as the Indian Air Force (IAF) has started conducting cross-border airstrikes (first time since the 1971 Indo-Pak War), these systems would prove to be of immense utility in the event of another similar strike in the future. Incidentally, Heron medium altitude long endurance (MALE) UAVs are reportedly being used by the Indian military and the National Technical Research Organization (NTRO) to provide technical surveillance in the Eastern Ladakh region where there was a clash (mid-June 2020) between the Indian and Chinese troops.

As a sign of advancement in the field of UAV,  India’s Adani Defense and Aerospace and Israel's Elbit Systems launched the Adani Elbit Unmanned Aerial Vehicles complex at Hyderabad in Telangana in December 2018. This joint-collaboration is the first private UAV manufacturing facility in India and the first one outside Israel to manufacture the Hermes 900 MALE UAV.  A similar joint-collaboration initiative is also extended to the small arms category as India’s Punj Lloyd Raksha Systems and Israel Weapons Industries (IWI) agreed (in July 2018) to establish a manufacturing plant in Madhya Pradesh. Under this arrangement, advanced weapons, such as X95 assault rifle, Galil sniper, Tavor assault rifle, Negev light machine gun, and the Ace assault rifle, would be manufactured in the country. These are some of the popular Israeli arms systems which would be useful for law enforcement agencies that operate mostly in urban areas of India.

Lately, India has been placing heightened importance towards securing its critical infrastructures from different types of threats, including fighter jets, drones, precision-guided munitions (PGMs). These threats, particularly airborne, have aggravated due to rising instances of skirmishes along the Indo-Pakistani and eastern borders. As a result, the Indian government does not only plan to import missile and air defence systems from external vendors but also design and develop indigenously, such as surface-to-air Akash missile. For the last few decades, Israel remains one of the most advanced manufacturers of these defence items, and its wide-ranging state-of-the-art systems are exported globally. In 2019, rockets and air defence systems constituted 15 per cent of Israel’s total arms exports (with a value amounting to US$7.2 billion). India remains one of the largest importers of these items. Indicating its preference for such systems, India, in May 2017, test-fired Python and Derby (Spyder) missile system manufactured by Rafael. Both these missiles are smokeless, making them harder for the enemy to detect them visually and identify launch position, and have a strike range of about 15 kilometres in low altitude.

The Indo-Israeli cooperation in the missile domain is not only restricted to trade in finished products but it is also signified by increasing co-production programmes. For instance, under an agreement signed between the Indian Army and Defence Research and Development Organisation (DRDO) in July 2018, the latter will jointly develop (at an estimated cost of US$2.5 billion) with Israel Aerospace Industries (IAI) Medium Range Surface to Air Missile (MRSAM). This particular system would have a substantial indigenous component, and will likely boost the Make in India initiative in the defence sector. Such an advanced defence technology would enable the Indian armed forces to shoot down incoming enemy ballistic missiles, aircraft, helicopters, drones, surveillance aircraft, and AWACS aircraft. The MRSAM is a land-based variant of the long-range surface-to-air missile (LRSAM) or Barak-8 naval air defence system, which was successfully test-fired by the Indian Navy, DRDO and IAI on the Western Seaboard by INS Kolkata in July 2018.  These missiles are fitted onboard the Kolkata Class Destroyers and planned to be fitted on all major warships of the navy in the coming years.

Further, India’s Kalyani Rafael Advanced Systems (KRAS) bagged a contract worth US$100 million from Israel’s Rafael Advanced Defense Systems (in July 2019) to supply approximately 1,000 missile kits for Barak-8 missiles for the IAF and Indian army Owing to potential threats, especially from sea and air, India's procurement as well as the development of these systems within the country, are timely and critical. This could also be considered as one of the success stories regarding the joint efforts of India and Israel while collaborating on sophisticated defence technology. Through a close engagements with DRDO and other Indian firms, IAI is looking towards an increase in its sales of missiles by establishing production lines in India, and such initiatives will likely lead to an establishment of long-term partnerships between defence industries of both countries. It is with such objectives, in early February 2020, IAI and BEL have entered an MoU for collaboration on establishing a new centre for providing product life cycle support, including repair and maintenance services for the air-defence systems, in India.

The importance of Israeli-made defence items had already been acknowledged during crises in India, including the 1999 Kargil War between India and Pakistan. The quick response to India's request for military assistance during this conflict increased Israel’s credibility as a reliable arms supplier and helped to bolster the relationship. Likewise, following the Balakot airstrikes on 26 February 2019, the IAF has reportedly planned to arm its fleet of Sukhoi Su-30MKI multirole fighters with the Rafael-manufactured I-Derby ER (extended range) beyond-visual-range air-to-air missile (BVRAAM) after the service phases out of its aging Russian-made Vympel R-77 (AA-12 'Adder') AAMs by 2021-22. The IAF has opted for procuring this radar-guided missile, having a range of 100 km, because of its superiority over the Russian technology, which reportedly failed to intercept Pakistani missiles during the dogfight in February 2019. Furthermore, after using Rafael-made SPICE (Smart, Precise, Impact, Cost Effective) 2000 bombs in the Balakot airstrikes against terrorist training camps, the IAF signed a Rs. 3 billion deal with the Israeli firm to procure a batch of these items, with delivery slated for September 2019. In the wake of border tensions with China along the Eastern Ladakh region, India is mulling over acquiring more of these bombs. This has clearly demonstrated how some of Israel’s defence products have caught the attention of the Indian armed forces because of their performances in times of crisis. While India is making efforts towards establishing self-reliant defence industries, it would, at the same time, continue to import some of Israel’s defence items.

With the overall Indo-Israeli ties getting robust than ever before, military-security cooperation, let alone arms trade, can be expected to grow by leaps and bounds. The strengthening of ties in this specific domain has come at this juncture when both the countries are facing newer traditional and non-traditional threats. The growing (defence) partnership will continue to be characterised by long term collaboration, joint development and technology support in the coming years. Moreover, with its continuation to design and develop a wide ranging state-of-the-art weapon systems, corresponding to varied security threats, Israel will remain an important source of defence equipment for India.

It is important to note that realpolitik and strategic interests of both countries have been playing critical roles in bringing the ties closer.  Increasing demand for defence items due to emerging security challenges in India, the quest for technological advancement in defence industries of both countries, and Israel’s willingness to meet some of the requirements of India will contribute to the expansion of their defence cooperation under which arms trade falls within. However, they should be cognizant of the changing reality of the arms business, where other potential vendors are queuing up to sell their products. Israel’s credibility as a reliable arms supplier with limited political implications should be preserved.

Dr. Alavite Ningthoujam, currently a non-resident fellow at Middle East Institute, New Delhi, is a Ph.D. from the Center for West Asian Studies, JNU. He served as a consultant for strategic affairs wing in National Security Council Secretariat at Prime Minister’s Office from July 2017 to July 2019.

A Brief Overview of Counter-Terrorism Operations in India- Challenges and the Way...

'One China' policy acts as a deterrent to India-Taiwan... 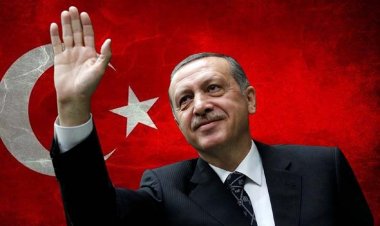 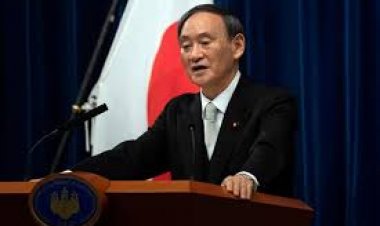 Japan faces innumerable national and maritime security challenges that not only... 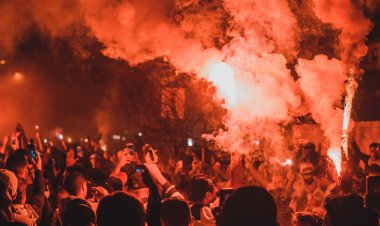 In the past two weeks, Pakistan was in a situation of anarchy and lawlessness amidst...