Looking at the complex geopolitical structure of the Indo-Pacific, it is imperative that Quad is going to play a critical role in the security dynamics of the region; however, it is too early to call it "Asia's Nato." 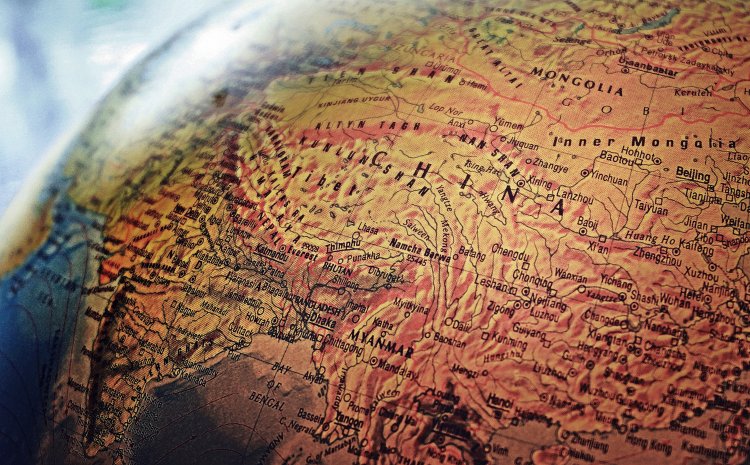 Five major strategic narratives which are giving shape to the security dynamics of the Indo-Pacific region are: a) successful completion of the first Quad Summit though in a virtual mode; b) a sense of strategic norms is evolving among the Quad countries where India, Australia, the United States, and Japan are fostering cooperation based on "democratic normative values"; c) there is a marked increase in China's aggressive postures in this part of the world; d) growing defense cooperation among the quad countries which can be a potent deterrent to China's hegemonic military maneuverability; e)  At the same time  US overture towards China in the form of Climate negotiation in the post-pandemic global order. This reminds us of  Henry Kissinger's famous  "ping-pong diplomacy," which propelled  USA and China cooperation when the Cold War was at its height in the 1970s  to isolate geopolitically the then Soviet Union.

These four trajectories discussed above are also shaping the geopolitical dynamics of the Indo-Pacific region. This begets a question- whether the growing military alliance among the quad countries will take a formal institutional form in the near future? This question is more important as there are murmurs from certain strategic quarters that whether an "Asia's Nato" in the form of Quad is 'in the making.' The frequent conduct of naval exercises by the Quad countries demonstrates the fact that there is a marked increase in threat from China in recent years rooted in its ancient strategic doctrine of "Middle Kingdom Complex". Given the seriousness of the military threat from China to these four countries, in the post-Pandemic world order, there is an urgent need for growing cooperation to build alternate  "supply chains" that can facilitate the movement of goods and medicines. It is important because China has also waged a "trade war" against these four countries. As discussed in the recently held Quad Summit, this group is also taking on climate change issues and other non-traditional threats which the Indo-Pacific region is facing.

One needs to highlight here that the Quad Declaration reflects the continuous interaction among these four major powers over a period of time. In fact, the Quad countries share a common concern as reflected in the   Declaration of the Quad Summit  of March 2021 which states "We strive for a region that is free, open, inclusive, healthy, anchored by democratic values, and unconstrained by coercion." In fact, some of these normative idioms as outlined in the Quad Declaration provide the basis for the evolvement of a more "cooperative geopolitical order" in the Indo-Pacific.

There is a perception that in the future this regional security body will act as "Asia’s Nato." This is not a valid comparison because NATO came up in a particular phase of history during the heydays of the Cold War period with the primary objective to checkmate the expansion of the then Soviet Union. It was an ideological as well as a military bloc. Though  Quad member countries share common liberal values of democracy, the rule of law, respect for human rights, and a belief in multilateralism,  Quad countries never call themselves a military bloc. Their only concern is in securing a "free and open Indo-Pacific" and also checkmating China's aggressive geopolitical moves in the Indo-Pacific as highlighted above.

Secondly,  as observed during the Cold War period,   NATO  imposed certain restrictions on member countries while conducting their external relations with the opposite bloc. However, Quad members are free to conduct their external relations.  It can be inferred from India and Russia's strategic partnership over the years.  Similarly, Japan and Russia also share a closer economic relationship.

The final point that needs to be highlighted here is that Quad membership has not taken away the right to take an independent decision by the member countries. For instance, India raised a strong objection to the violation of its Exclusive Economic Zone (EEZ) by the US' Seven Fleet, stating that it is in violation of the international law of seas.  India took the position that "The USS John Paul Jones was continuously monitored transiting from the Persian Gulf towards the Malacca Straits. We have conveyed our concerns regarding this passage through our EEZ to the Government of U.S.A through diplomatic channels."

This shows that thinking of Quad as an  "Asian NATO" is a distant dream and not a strategic reality. In fact, in October 2020 India's External Affairs Minister  S. Jaishankar while  rebutting  the idea of " Asian Nato" stated that "It is very much in keeping with the times, and we will find increasingly in a multi-polar world, and a more fractured world...these ad hoc combinations of countries who will work together."

It is necessary to note that the four countries of the Quad, as the  United States Congress Research Paper titled "Japan-US Relations: Issues for Congress" reiterated the need for a "free and open Indo-Pacific". The Quad Group is also discussing a  host of issues like climate change, energy cooperation,  along with annual joint military exercises. These are all progressive measures that will strengthen multilateralism in the Indo-Pacific region.

However, it needs to be mentioned here that the new Joe Biden Administration of the US is also making tactical mistakes that generate certain apprehensions in the mind of strategic pundits. For instance, the recent US navy's intrusion into India's EEZ zone as discussed above and the Pentagon's defense of the act is a cause of major concern.  The Biden Administration should understand that they have to work in a cohesive manner with Quad member countries  to checkmate China's imperial overture   and promote "democratic values."  Though India shares a common concern with the US in the Indo-Pacific region, if the US will not understand India's strategic concerns, India can keep its strategic options more flexible and open.  The Maritime Theatre Command which is expected to operationalise by the year 2022 will certainly enhance India's strategic capabilities in checkmating the Chinese aggressive design in the Indian Ocean Region.

Hence, it is a naïve proposition that Quad is becoming "Asia's Nato. " At the same time, it is also true that Quad is likely to explore military dimensions to counter or contain the hegemonic designs of China in the Indo-Pacific.

Dr. Mohapatra teaches at the School of International Studies, Jawaharlal Nehru University, New Delhi.  India. He can be reached at nalin238@gmail.com 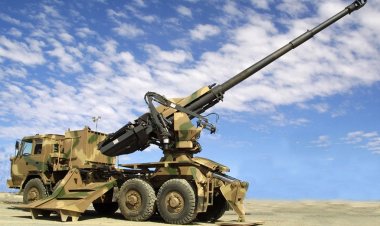 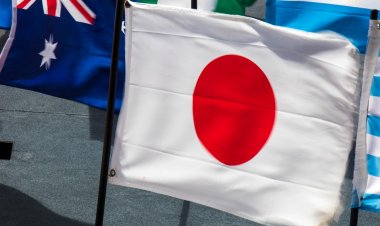 Numerous challenges await as Japan attempts to beget and build, constitute and characterize,... 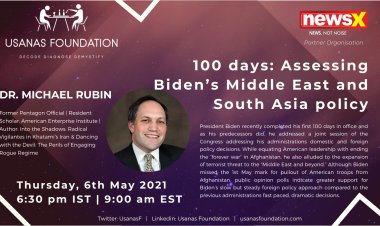 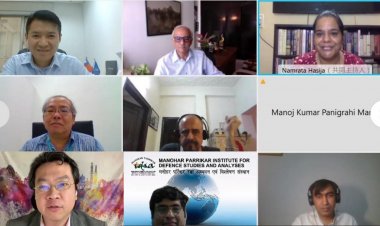 The Indian diplomatic establishment has historically looked at Taiwan through the...

The following article explores the future of Afghanistan in the wake of the withdrawal...