On May 17th, 2021, Usanas Foundation sent a letter to international organizations such as the United Nations, UN Human Rights Commission, Human Rights Watch, Freedom House, the European Union, International Society for Human Rights, etc, regarding the killing of innocent minority civilians in Afghanistan. 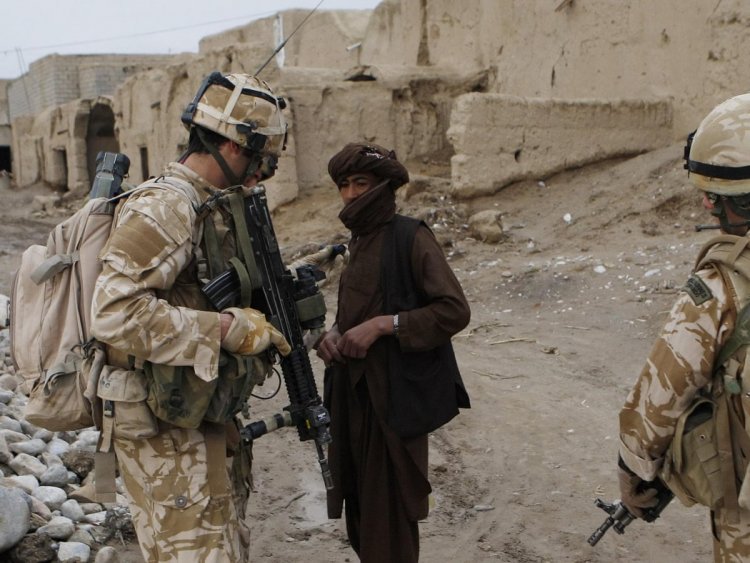 As a part of the Usanas Foundation Petition series about the killing of innocent civilians—often minorities—by terrorist organizations, our intention is to draw your kind attention to such heinous killings, gross human rights abuses and ethnic cleansing taking place in Afghanistan. In this letter, we have addressed the recent attack on the female students of the Hazara community and contextualise it against the cycle of violence and oppression against minorities and addressed the role of foreign countries in such violence.

Historically in conflict-ridden Afghanistan, women’s education has had a very chequered history. The Taliban, who refer to themselves as Islamic Emirate of Afghanistan, prevent women from gaining education on grounds of regressive interpretation of Islamic scriptures.  Local NGO’s such as Charmaghz has been working in the region and have made major strides in providing a secure platform to children for receiving education. The U.S. military presence in the region since 1999 has contributed greatly to regional stability, allowing these organisations to work safely. However, with the U.S. decision to withdraw troops by 9/11 2021, fears of instability have re-emerged. The security gap created by the absence of American forces must not fall in the hands of extremist Taliban leaders and instead should be filled by armed forces of the Afghan government, to ensure the country does not regress back to old times.

On 8 May 2021, there was a powerful explosion outside a high school in capital city Kabul killing at least 50—mostly school going teenagers—and wounding many more. The attack took place in the neighbourhood of Dasht-e-Barchi, home to a large community of Shiites from the Hazara ethnic minority, which has previously been targeted by the Islamic State (IS). As followers of Shia Islam, the IS views the Shiites as heretics, and have carried out a vicious campaign against them including violent attacks and bombings—at sports halls, cultural centres, and places of education in particular—killing hundreds of people.

Sayed Ul-Shuhada, the school that was targeted, hosts classes for boys in the morning and for girls in the afternoon. The attack occurred around 4 p.m., as the girls were leaving and the streets were packed with residents preparing for the end of the holy month of Ramadan. Many residents witnessed the massacre, watching books, backpacks and bodies scattered, on what had been a pleasant spring afternoon until the vicious attack. Heather Barr, interim co-director of the women’s right division of Human Rights Watch, warned that many Afghan parents may be more scared now and keep their girls home after the attack. She says “Of course, you want your kid to get an education, but you’re also terrified of her going to school and not coming home. So, I think this attack is going to push thousands of girls out of school. On that level, it doesn’t matter who did it. It doesn’t matter if there’s going to be more or not. It’s done, and it’s going to cause the harm it’s going to cause.” (emphasis added)

Following the attack, the European Union’s mission in Afghanistan tweeted “targeting primarily students in a girls’ school, makes this an attack on the future of Afghanistan.” In an interview with Radio France Internationale Sonia Ghenzali—a reporter from Afghanistan—referred to the likelihood of violence against minorities getting much worse when the “foreign forces” leave. Indian Foreign Ministry condemned the attack and said: “The perpetrators clearly seek to destroy the painstaking and hard-won achievements that Afghans have put in place over the last two decades.”

This will undo the two decades of work democratic countries such as India have put in and create an atmosphere of no tolerance for minorities, as we have seen in Pakistan. The possibility of Afghanistan falling into the hands of extremist organisations—where minorities will become stateless, disenfranchised, unable to defend themselves, get basic rights such as education—looms large, necessitating immediate action.

Terrorists fear that in a stable, peaceful Afghanistan, they will lose the support of the common public. Therefore, to destabilize the zone, they instil fear in the hearts of the public by terrorizing and threatening them—even killing them. They target girls’ school, because Afghani youth and especially minority female youth want to break free from the historic chains of oppression, and are also the most vulnerable.

With the absence of NATO and USA in Afghanistan, the influence of China will grow. Pakistan has already become a satellite state of China where it does as the Chinese government commands. With the high debt the Pakistan government owes to China, there is no possible way for the Pakistan government to refuse anything that China demands. Pakistan is notoriously famous for its constant terror financing activities. Currently, Pakistan is undergoing an investigation by the FTAF to blacklist Islamabad for financing such terrorist activities. With no force to prevent them anymore, the Pakistan sponsored terrorist groups will start their activities in Afghanistan and cleanse the region of its ethnic Hazara community and bend the nations knee to China, making it a satellite state.

Pakistan has been known for its perennial support of the Taliban in Afghanistan and other terrorist organizations in Jammu and Kashmir. It has committed cultural genocide, which has taken several innocent lives, particularly targeting those voices who do not subscribe to their separatist and jihadist ideology. They are even killing local Muslims and minority communities who chose peace prosperity, reason, diversity and democracy over their divisive terrorism, hatred, extremist propaganda.

We request that urgent action be taken against Pakistan and its terrorist proxies (such as ISKP, IS) indulging in such heinous and barbaric acts, ensuring a halt to their funding and support to terrorist activities, which destabilizes the region and causes deaths to several innocent Afghani people. We also request that Pakistan be listed in the Financial Action Task Force blacklist for their support towards terrorist financing and support.

This paper aims to look into how radical Islam is posing a threat to the multicultural...

India needs to take a farsighted approach to deal with potential non-traditional...