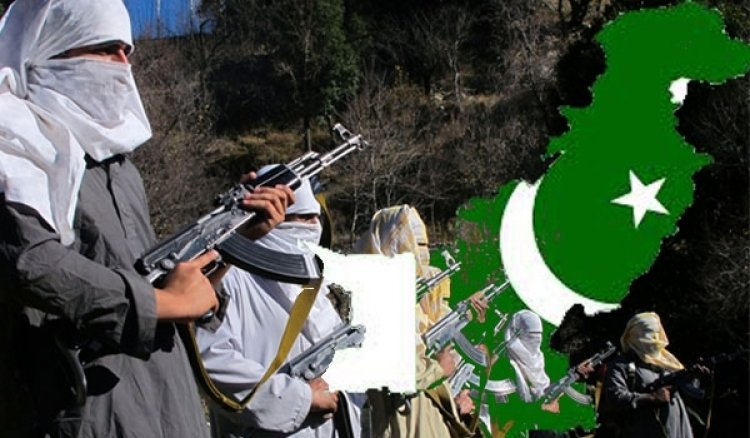 The event commenced at noon and ended at 01:50 PM IST. Mr. NC Bipindra, a defense expert from Usanas Foundation, hosted the event. About 85 participants from India and various parts of the world attended the event. The participants included aware citizens, Non-Resident Indians, and foreign nationals from diverse age-groups and professional backgrounds such as engineering, diplomatic services, business, academics, and management.  Young students from colleges, schools, and universities also participated. Participants also included police officers and army officers Mr. Abhinav Pandya introduced the panelists and the topic of the discussion. He stated that Pakistan has over the last 70 and, in particular, the last 30 years built and nurtured and complex, multi-layered, and multi-dimensional terror infrastructure in Jammu and Kashmir. Its different elements include the Islamist organizations like Jamaat-i-Islami helping the terrorist groups with logistics and finance, extremist clerics radicalizing the youth, and the media outlets creating an anti-India narrative. Hence, the kinetic approach alone cannot be the solution. The terror infrastructure needs to be understood with all its nuances to arrive at a robust strategy to deal with militancy.

The panelists shared the following views-

India’s today’s situation in Kashmir is much better as compared to the situation in the 1990s when the Gulf countries, Europe, and the United States had a visible pro-Pak tilt on the Kashmir issue. Kashmir witnessed the forced exodus of Kashmiri pundits at the hands of Pak-sponsored jihadi terrorists and extremists and terrorization of the moderate segments of the majority Muslim population. Delhi responded with a phase of kinetic action followed by a long phase of inaction or confusion. One could say that Delhi lacked a systematic and decisive policy towards Kashmir, and the situation was allowed to fester. Half-hearted and partial implementation of ill-conceived policies was bound to backfire and develop ways of surviving the onslaught. Hence, the conflict survived as Delhi never took its action to the final stage, be it a political action plan or a strong military offensive. Unlike, in Punjab, the policy was firm, clear, and decisive, and it brought results by putting an end to the Khalistan militancy.

The PDP-BJP alliance was uncalled for, and it did not improve the situation at the ground level. Pakistan, in its sabotage-agenda, no longer looks at Kashmir only. In the last five-six years, Pakistan has shifted its focus on the entire country. It intends to foment communal riots, fuel Islamist extremism, support extremist organizations, and exploit all the possible faultlines to rupture the Indian social and political fabric. What we see in Kashmir is just a microcosm of what is intended for the entire country.

Further, India never learned lessons from the past. Mr. Nalapat gave the example of IPKF to explain his point. IPKF failed because an influential political leader of Sri Lanka was helping the LTTE, and it all happened in the full knowledge of India. Later, Indian politicians treated IPKF in a highly dishonorable way. It is quite similar to the way Ihwanis, the local Kashmiris who took arms against Pakistan-Sponsered foreign terrorists in the 1990s, were treated later. The militants killed many Ikhwanis. Delhi failed to protect its flag-bearers in Kashmir.

China and Pakistan are intricately linked. There is a strong possibility of a coordinated and networked action either on the Kashmir front or other fronts.

In the information domain, India is lagging despite having a robust civil society vis-a-vis Pakistan and China. They need to come out stronger. On the information front, the government seriously needs to counter the fake propaganda. They should start by sharing the authentic data with the civil society stakeholders who can raise the voice and counter Pakistan’s fake information campaign.

85 % of people in Kashmir are not Wahhabis. Delhi must bring them along to counter radicalization. Further, there is no solution to Kashmir without taking the PoK back. India also needs to extend moral and diplomatic support to Sindhis, Baluch movements, and Pashtun movements. Lastly, Kashmir policy needs to be on a firm footing, i.e., zigs and zags must be done away with.

Pakistan is operating terror infrastructure in many countries- India- Administered Kashmir, PoK, Gilgit-Baltistan, Baluchistan, Afghanistan, and Iran. Despite this, no one raises these issues, and world powers like the US are friends with them. They have dominated the discourse and narrative on Kashmir. There is tons of data on Kashmir valley, but almost zero information on PoK, G-B, and Baluchistan. India needs to push its narrative instead of being defensive.

In the US, within the government, people have a clear idea about the role of Pakistan in abetting terror in Kashmir. However, in the NGO, thinktank, and civil society circles, Pakistan’s proxy Islamist organizations are very active in disseminating false narratives. After the abrogation of article 370, several Pakistanis, including the PM of PoK have visited Washinton DC think tank circles to mislead them on Kashmir. They are mobilizing support in the US by portraying India as the violator of human rights and minority rights. However, Pakistan is also getting exposed to the western world and finding it challenging to make its story acceptable. Nevertheless, India needs to put in efforts to disseminate the right information to counter Pakistan’s fake propaganda.

Pakistan is in a terrible situation because of the FATF pressure, Baluchistan, Sindh, and Pashtun issues. Though hardly any news comes out, the situation is dire for them. The internal difficulties are also partly the reasons for the reduction in the number of foreign terrorists coming from Pakistan. The number of terror camps in PoK has come down from 42 to 18. However, the UN reports say that there are 10,000 Pakistan cadres in Afghanistan associated with different terrorist groups.

The government needs to share information with experts, civil society, and think tanks. Instead of being defensive, Indians must discuss PoK, G-B, and Balushictan and expose Pakistan’s heinous crimes against humanity. Intelligence agencies can not speak about these issues. It is the civil society and the intellectual community which needs to get into action.

Many politicians in Pakistan want peace with India. However, a tiny section of Pakistan’s military and bureaucratic establishment wants to sustain this conflict and have a firm grip on the internal polity. They are a small segment, but they are efficient. India must convince the world community to take action against this dangerous section of Pakistan’s establishment.

Dr. Gautam Sen, an eminent strategi affairs expert, joined as a guest and shared his views. He has also been associated with Nationa Security Council Secretariat

On the basis of the discussions held in the webinar, one can conclude that-

The opinions expressed in the webinar belong to the panellists and not necessarily to the Usanas Foundation.

India is taking a central role in the World. India is a coming superpower. Forget...