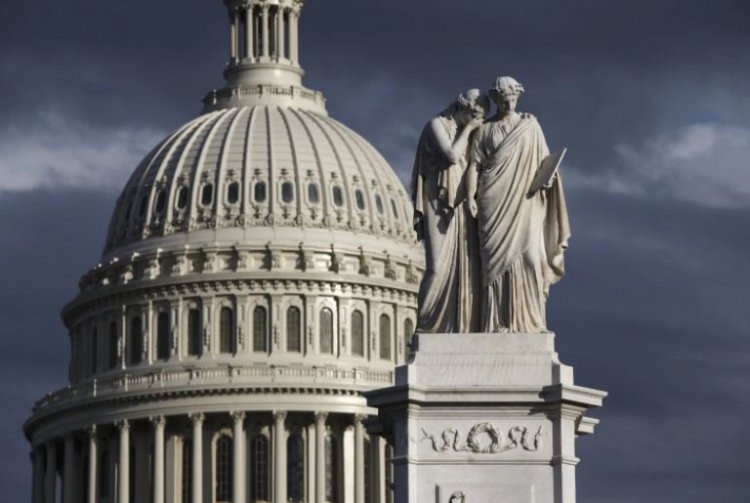 Despicable is the word which comes to mind while condemning the mob invasion of the legislative seat of the United States of America. The sordid images of that unconscionable assault will reverberate for a long time and will surely rank as one of the most enduring images of this century.

While commentators will continue to spew vitriol, and deservedly so, there are lessons to be learnt from every tragedy, and we must reflect on what these are.

All crowds at any protest, while collectively espousing a common cause, comprise of the individually diverse. In recent times, it is increasingly common for protests to be prone to infiltration and attract the fringe elements with dubious motives ranging from 'having some fun' to the downright sinister. Whether this is a generational issue or a sociological phenomenon is a matter reserved for a different time. Whatever the cause, it is a mistake to categorise all those who voted for President Donald Trump in the same mould as the ragtag mob at the most imposing symbol of Western democracy.

The media and the liberal urban elite made the same error four years ago in holding Mr Trump's election to be the triumph of the redneck country bumpkins. It is a sign of the times we live in, that such sweeping generalisations which would be frowned upon or dismissed altogether not too long ago are now accepted as truisms.

Regardless of the right or wrong of their beliefs or causes, Mr Trump's supporters cannot be denied the right to protest peacefully. At the same time, the lumpen elements who broke away to see if they can send a photograph of themselves in Speaker Pelosi's chair to Susie Mae back home, ought to be prosecuted and incarcerated.

The intelligentsia who profess the cause of democracy, yet scoff at Mr Trump's support base, need to be reminded that tolerance for views one may disagree with is supposed to be a liberal value. If hatred for Mr Trump is allowed to dictate which causes are legitimate and which are not, the very foundations of liberal democracy would be eroded. It is for this reason that public anger at an unruly mob cannot be extrapolated to legitimate protests.

The progressive liberals have labelled the breach of the Capitol as an insurrection and perhaps rightly so. And now they must be held to the same standard globally. Any seditious elements at a protest in New Delhi would be equally culpable, and once there is evidence of such culpability, they would deserve the same retribution as must indeed be meted out to the mob at the Capitol. Western liberals, however, have always applied double standards in their outrage. Canadian Prime Minister Justin Trudeau, for example, plays to his vote bank by expressing concern about democracy in India at the time of the farmer's protest, while failing to notice that such protests evidence a vibrant Indian democracy. Mr Trudeau and his ilk in the democratic party can now be expected to pass pious platitudes about events in Washington DC, but will nevertheless express mindless concern the next time such seditious elements in a protest in another country are weeded out.

No commentary on the now infamous invasion of the very symbol of democracy would be complete without examining Mr Trump's role. The learning from this tragic incident is that personality matters. It is important to be presidential. Although a never say die attitude is laudable, it is equally important knowing when to bow out of a fight and live to fight again. Had Mr Trump accepted the pronouncement of his attorney general he would have placed himself in a position of having a dominant voice in American politics over the next four years and possibly built the case for a second term thereafter. As it is, his churlishness split the leadership of his party in Georgia, and he has to bear the responsibility for allowing the Democrats to achieve a rare trifecta.

Earlier this week, he alienated his vice-president who did not have the authority to overrule the electoral vote and disenfranchise the American people in the bargain. The role the American constitution mandates for Mr Pence as the senate leader is not that of a kingmaker but rather a facilitator. Mr Trump has now quickly found himself devoid of friends and is likely to lose staff members who value their continued credibility.

With any high moral ground which Mr Trump previously occupied, having been recklessly frittered away, the unbecoming conduct of the miscreants who came along for the ride with the serious protestors, has ensured that it will become the defining moment of his presidency. History will now regard him to be a rabble-rouser. However, if one can employ the considerable effort necessary to force the image of a blond, chubby and petulant President in diapers, out of mind, one finds merit in some of his policies. All of which is a great pity, and as the Bard once said: "The good that men do is oft interred in their bones. The evil lives after them". Unfortunately, Mr Trump's policies are now not even the subject of any debate, since he has single-handedly gifted to the far left what they would not otherwise achieve – mainstream goodwill. Mr Biden owes his presidential term to Mr Trump's plain idiocy rather than any extraordinary qualities he possesses.

As regards the vote itself, many believe that the allegations of a stolen mandate are a wild conspiracy theory. It is not surprising that each of the motions brought by Mr Trump's legal team has been dismissed. Not because there was no fraud but because there was insufficient material to establish that the fraud decisively swung the outcome in favour of Mr Biden. One cannot read too much into these adverse outcomes, since courts will not rule on suspicions or conjecture. Quite simply, as Attorney General William Barr said, there was a fraud, but nothing he saw suggested that it would change the result of the election.

When considering the question of whether the claims of Mr Trump and his supporters were fanciful, it must be remembered that the central question is not whether voter fraud occurred but whether Mr Trump's supporters are entitled to ask questions in the first place. And they most certainly were.

It is mind-boggling that one does not require an identification to vote in the United States of America. Given this, the diversity of each state's rules and the undoubted yearning of some to be rid of a much-hated figure, the demands for a short audit of the results spanning over a couple of weeks seem reasonable. An election commission, if there were one, would have granted such a request. Some may rightly argue that state administrations ought not to be loath to grant such a request if only to prove Mr Trump and his advisors wrong and appear foolish.

It was unwise and unbecoming on the part of Mr Trump to push the agenda beyond a point – that point being the opinion of Mr Barr. But regardless of this, Yet, given the sheer cacophony of the challenge, a healthy democracy would find a way to satisfy the electorate and dissipate all doubts.

One reason why the demands for a re-audit were not entertained could only be the belief that questioning the outcome of a national election is itself 'undemocratic'. While there may be some merit in this view, it is noteworthy that when Mr Trump was elected, the far-left progressives were livid and started the "#NotMyPresident movement" and called themselves the resistance group, which underlines the fact that the conduct of those who claim to be defenders of democracy must be beyond reproach. Instead, it is demonstrably fraught with contradictions and hypocrisy. Close on the heels of the trade deal with the EU, and China indulged in a severe purge of the democracy movement of the good people of Hong Kong. And the New York Stock Exchange very recently failed to delist Chinese firms for flagrant violations of transparency norms, despite a presidential order. It is these instances due to which conspiracy theories abound and not the sudden onset of collective dementia.

Violence has no political hue and deserves to be equally condemned in equal measure without fear or favour. Even if the powerful symbolism of this dastardly incident at Capitol Hill leaves us personally incensed, the mindless vandalism in American cities cannot be treated any differently. There is no difference between those scampered across the Capitol wall and those who torched a federal court, police stations, and looted stores last year. It is inconceivable as to why these random and continuous acts of hooliganism did not spark the same outrage in the mainstream media or the democratic party and did not warrant even a mention at the democratic convention.

If the world and America have to move to a centrist bipartisan era instead of the divisiveness which presently tears at the very fabric of our society, politicians all over will have to stand up and act nobly and fairly. Even if Mr Biden may be inclined to do so, one fears that his far-left support base does not.

Percival Billimoria is a chartered accountant and leading corporate commercial counsel. He has written extensively on economics, geopolitics and current affairs in addition to matters of law and litigation.

The following commentary looks at the QUAD alliance in great detail to understand...